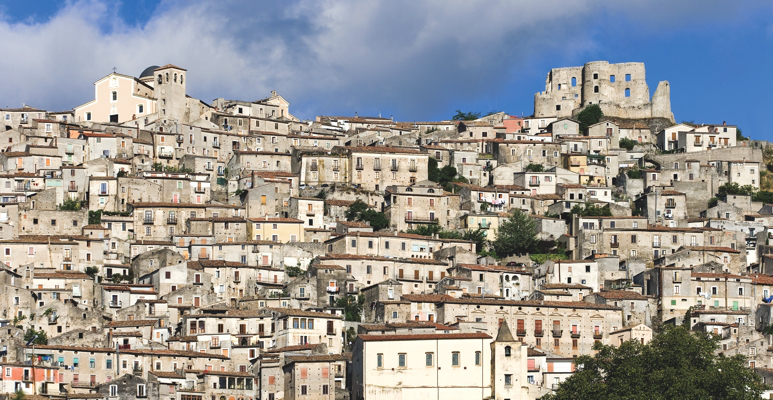 Italy is full of castles and, one of the most beautiful, is the Norman Castle, the Svevo di Morano.

Entering a castle is like taking a trip back in time: the historical environment takes us back to other eras and makes us wonder what may have happened behind those walls. Today we will visit one of the most beautiful castles in Calabria: the Norman Castle Svevo di Morano. So, let’s do it! Here at Traveling to Calabria you make the trip of your dreams!!! Are you staying in Calabria? Looking for a hotel? Click here and discover best accommodation options in Calabria!

It appears in ruins at the top of the city, in a strategic position, dominating the whole valley of the old Sybaris. Its origins date back to Roman times, when a fort was erected, or probably a watchtower, which served as a base for later remodeling in the Norman-Swabia period. In medieval times, its dominant position caught the attention of the Bavarian forces; turned fief, from Apollonio Morano, the first known local feudal lord. Scenario of numerous battles, including during the War of Vespers, the incursion of mercenaries from Almogavari who hired by the Aragonese, conquered Morano, who was defensively unprepared, invading the castle and imprisoning the Lady of Morano – wife of the feudal, Tancredi Fasanella. What Are The Ten Places You Must See In Calabria?

This, the following year, in 1286, changing sides, passed from prisoner to jailor of Manfredi Chiaromonte, his relative by the Aragonese side. Around this time, it is likely that the castle went from its rudimentary form to a higher and wider construction. The renovation of the building, in the first 40 years of the sixteenth century (between 1514 and 1545), under the command of Pietrantonio Sanseverino, who, in the execution of the work, was inspired by the model of Maschio Angioino di Napoli, calling to build the most skilled workers of the time.  Calabria Itinerary: 12 Days In Paradise! 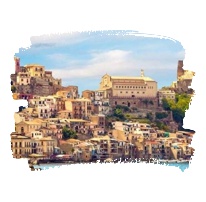 The Palace of the Princes

he castle was then the residence of the feudal lord in Morano, more or less continuous until the early 1700’s, next to the Palace of the Princes, which is on the village road, next to the old port, located on the road of Calabria. In 1733, the building was severely compromised for reasons that are not fully known, and then the mansion was bombarded by the French army in the Napoleonic period, in 1806.

Its fate was also marked by systematic predation, which during the domain of the Spinelli family of Scalea (second half of the XV century – XIX century) allowed the removal of wall elements and wood materials from its structure, condemning the building to its progressive decay until the recent structuring of the 2000s, which allowed the recovery of some areas such as the front watchtowers, the walled perimeter and the back terrace.

Its present form indicates the shape that it had in the first decade of the eighteenth century: the square, surrounded by six cylindrical towers (only the central and the left-front remained), surrounded by walls and moats and a drawbridge. It is elevated to three floors in height and consisted of large pieces in various apartment units and, as a whole, had the estimated garrison capacity of a thousand men. 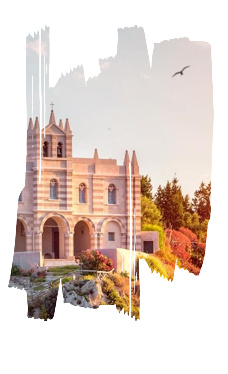 The castle dominates the hill on which is insured the urban pyramid that forms the agglomeration of Morano. The place is very strategic because its location; it has full vision of the valleys that converge in the plain of Morano, crossed by the Coscile river, the old Sybaris. Exactly for this reason, a watchtower was being built at the time when the city of Sybaris, founded by the Achaeans, was built along this river, and it was an intensive trade, taking advantage of the connection between the Ionic and Tyrrhenian coasts.

The discovery, in the last century, of silver coins in the Castle proves the existence of a fort in Roman times, in the Republican period. As said by Scorza: ‘after the long medieval sleep, the fortress was raised’, that Rivellino witnesses in the Norman period. The top, therefore, is quite different from the bottom. This difference, as Cappelli asserts, is not always properly observed. In fact, the illustrious Moronese Nicola Leoni, in an essay of poems, puts it this way: ‘From the old tower and fallen battlements / Norman work, which imposes itself on the hill / populated houses’. But the construction of the great castle that can hold about a thousand armed men in its rectangular plan, six cylindrical towers, surrounded by a moat equipped with water tanks, dates from the period between 1514 and 1545, work of feudal lord Pietro Antonio Sanseverino, prince of Bisignano. This reconstruction dates back in part to that of Castello Angioino, in Naples, and is certainly due to the fact that the previous fortress had been ruined by the fights that occurred in the Kingdom of Naples, and that also affected Morano.

The area around the castle was called, until the end of the last century, of ‘Contrada Trindade’, due to the existence of the chapel of the Trinity, today called the Holy Spirit. With a diploma of 1º May of 1841, the captain Sansonetto Musitano di Castrovillari was named ‘Noble of the Royal castle of Morano’ and obtained the right to choose 120 ducats per year, in recognition of its services in the war against the kingdom of Fernando I of Aragon. Once restored, it was inhabited by Sanseverino. In fact, Prince Pietro Antonio Sanseverino preferred to live in the Castle instead of the Palace, located in the lower part of the city.

The Festival of the Flag

It was awarded to the castle an ancient festival called ‘ra Bannera’ (Festival of the Flag), celebrated with special ceremony until the French invasion of 1806. The flag of Morano with its coat of arms has the head of Moro and the motto ‘Vivat sub umbra Morus’, which were delivered by the Noble to Master Giurato, who kept it during the entire San Bernardino festival, patron of Morano (May 20).

The solemn procession began from the Castle to the Focarazzi area, and the flag bearer pretended to gallop, ‘the victorious return of the defenders of Morano’, turning the flag with great agility in various ways: it was the so-called ‘chiricocolo’, a word derived from Greek to indicate the performed gesture.

Today, from the beautiful castle, you can see three cylindrical towers on the south side; on the other side, there are only ruins. Towers and doors that stood along the walls remain perfectly stand. A towering square tower, two cylindrical towers, Ferrante door, ‘dell’Orto’ door, door ‘Del Salvatore’, Sellaro door and San Nicola door.

Post of the colleague and guide in Calabria: Antonella Rosanova: born in Castrovillari on June 13, 1983. Graduated in the University of Pisa (Archeology of the Ancient East) and tourist guide in the region of Calabria. 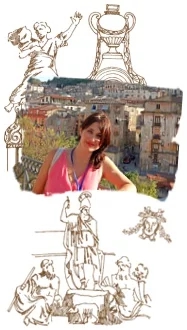 30 MINUTES OF TRAVEL ADVICE FOR FREE!

One of the benefits from Viajando para Itália

I give my readers 30 minutes of travel advice for free. I will help you to find the perfect hotel for your needs! All you need to do is fill the form bellow.

The castle that is at the top of the village is certainly worth visiting because from there one can enjoy a beautiful view of the valley and the Pollino.

"WHO CAN HELP ME ORGANIZE MY TRIP?"

There are so many details to think about when travelling: financial planning, airlines tickets, hotel booking, restaurants reservations, tour options, going from one city to the next, weather, time, family… sometimes all we need is someone to help us with all these details, right? That’s why I am here: to help you! We have the know-how you need to help you with your dream trip!

With our consultancy, we optimize your time and design a travel plan within your budget. We guarantee 100% of the return value if you are not satisfied with the service! 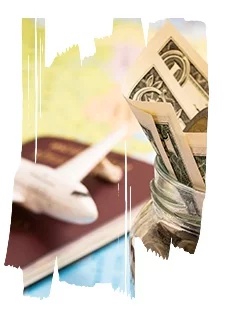 By hiring my services, you save money and time, and still travel with great peace of mind!

Our consultancy offers you the best cost-benefit, optimization of your available days and saving time and money!

An Extra Help for your Trip

Travel insurance is mandatory and we have great options!

Want to travel by car and need to rent one? We can help you!

Make sure you will choose the right hotel with quality and security!

How about a special suitcase to take home the best Italian wines?

Your dream trip to Italy needs a differentiated, reliable service, with excellence and within your budget.

Learn more about our tours in Calabria right now!

Check all our posts about Calábria!

Let’s visit the most beautiful villages in Calabria in 3 days?